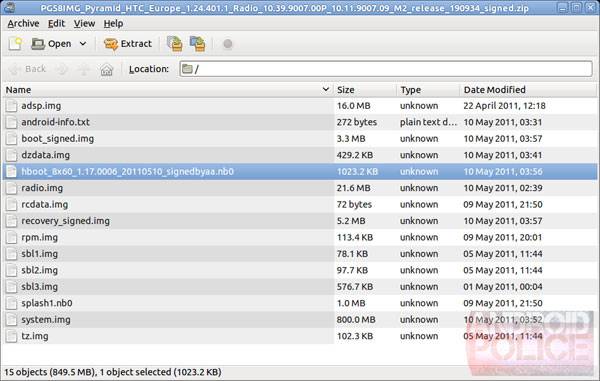 One of the best things about the Android operating system is the hackable and open nature of the OS. You can unlock mod, change and do pretty much what you want. Comparatively, the iPhone is locked down with a constant fight between hackers and Apple to find and patch holes that allow the phones to be jailbroken. Recently, many of the big names in the Android smartphone market has been doing things like offering unlocked bootloaders for some phones.

Both Motorola and Sony Ericsson have recently decided to play nice with modders and phone hackers. HTC is apparently not to the point yet where it wasn’t to offer its users the ability to load their own custom ROMs. The latest system dump for the HTC Sensation has surfaced, and the first things noticed was that the bootloader is signed. This is particularly troublesome considering that the Sensation is one of the more anticipated devices coming to market.

Without something unexpected happening, this signed bootloader will mean no custom kernel, ROMs, or recovery. There is a chance someone might be able to unlock the Sensation in a manner similar to what happened with the Thunderbolt. We can only wait and see what the smart and crafty hackers will be able to do when the Sensation has been around for a while. This is sad though, anyone can sign up to unlock the Xperia Arc bootloader. Will this keep you from buying the Sensation?