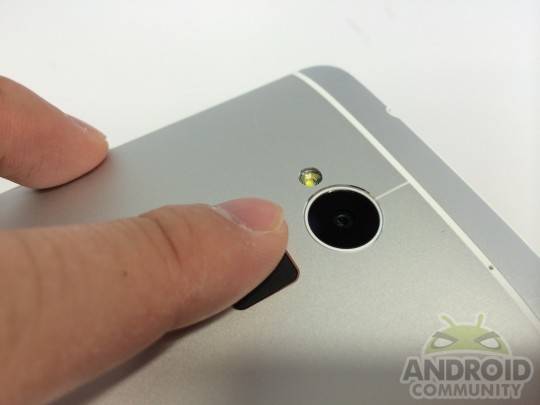 New technology seems to bring new questions. In this case we are looking towards fingerprint technology which has recently been showing up on some smartphones. Apple launched the iPhone 5s and more recently, HTC launched the One max. Similar to what we saw following the Apple launch, some began questioning what HTC was doing with the data.

That being said, the short answer is that HTC (as well as third-parties) do not have access to the information. The details come by way of HTC who have provided a statement to phoneArena. HTC was asked how they store the fingerprint data and also whether they have access and whether third-parties have access. As we already touched on those final two bits, the first seems key here.

HTC said the “fingerprint data is stored in local memory.” Further details here point towards it being “encrypted and stored in the system partition, which can’t be readily accessed or copied.” While that seems to make things pretty clear, HTC did go a bit further and mentioned the “data is not an actual image but fingerprint characteristics that have been identified by a proprietary algorithm.”

While the fingerprint technology is a neat feature of the HTC One max, there is more to the handset. The One max is launching with Android 4.3 and Sense 5.5 as well as hardware to include a 5.9-inch Full HD display, Snapdragon 600 processor, 2GB of RAM and an UltraPixel camera on the back. Our full HTC One max review was published yesterday and a video walkthrough is sitting below.

Otherwise, touching back on the fingerprint sensor and it seems there may be more to think about than just the security of the data. HTC has said they are using this more for convenience as opposed to security, however those reading the review will note how we felt the process is not as seamless as one would hope and/or expect at the moment.