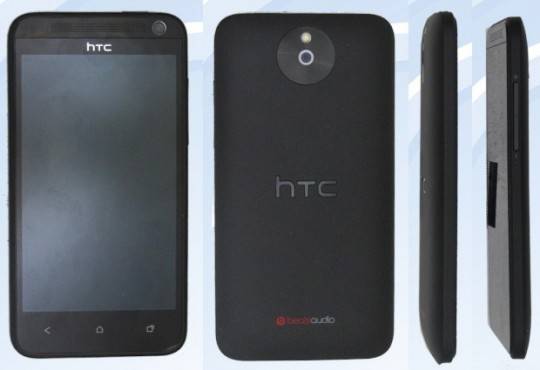 Its been some time since we last heard anything in terms of the HTC M4, however an updated set of specs has recently surfaced. These are not all that different from the previously leaked specs, however they do come at an interesting time. Basically, that is to say we can now look at the HTC M4 as compared to the HTC first — as opposed to as compared to the HTC One, which was previously dubbed the HTC M7.

Putting the comparison to the side for a moment though, lets take a look at the latest leak for the M4. These are coming by way of the LlabTooFeR site, who unfortunately does not reveal all that much about where these details have come from. The specs for the M4 have the handset sitting with a 4.3-inch 720p display and powered by a dual-core 1.2GHz Snapdragon 400 processor with 1GB of RAM.

Other points include Android 4.2.2 Jelly Bean and Sense 5.0 along with a 1.6 megapixel front-facing camera, HTC UltraPixel camera on the back, 16GB of internal storage, Wi-Fi 802.11 a/b/g/n and Bluetooth 4.0. While the M7 and M4 codenames would imply a step down in terms of specs going from the M7 to M4, these specs actually seems closer to that of the HTC first, the Facebook phone.

The HTC first also has a 4.3-inch 720p display and dual-core Snapdragon 400 processor with 1GB of RAM. Of course, there are some obvious differences in that the first does not have Sense 5.0. Another notable difference here would be in the rear-facing camera, which on the first is a 5 megapixel. Bottom line here, we still need some oficial information on the M4, however as of now it is now looking like the HTC M4 could be a non-Facebook version of the first.