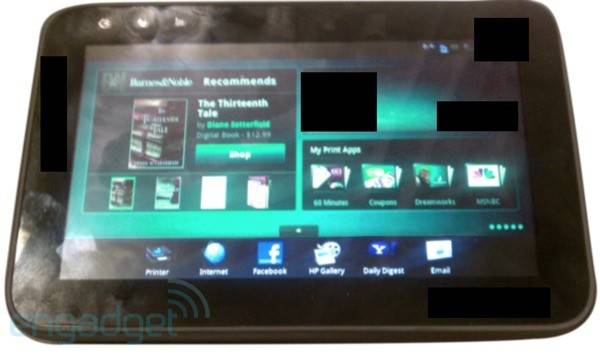 A few pictures of HP’s seven-inch Zeen Android tablet have surfaced on the internet. It appears that the stock Android homescreen has been removed in favor of the TouchSmart UI. A few features such as the Gmail app are missing, although there is a custom email client that has integration with Yahoo, MSN, and Messenger.

This is clearly close to the final build of the device and it’s software. Most of the apps are in place and running which is good considering that it should be released later this month. It seems the solo SKU has been canceled, and only the $399 bundle with the Zeus printer will be available. But both the previously-bad touchscreen and the software has seen much improvement so this will be a welcome update for anyone looking to buy a HP Android tablet.