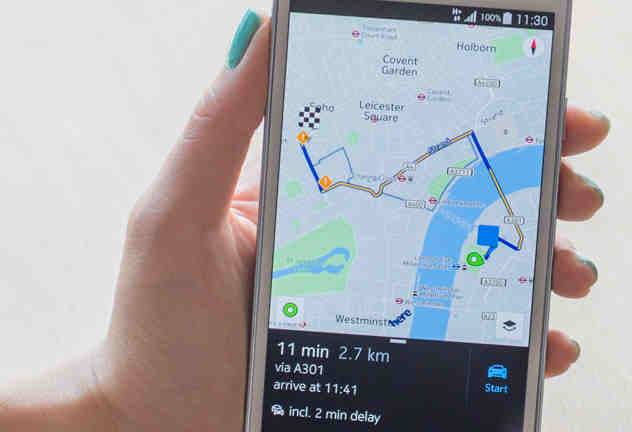 A few months after making the beta version available for Samsung Galaxy devices, offline mapping app HERE is now, well, here for other Android devices. The app can now be manually downloaded by all compatible devices and its developer Nokia (yes, that Nokia!) says that it is much improved as they based changes on feedback from those who have previously accessed the beta version through their Galaxy smartphones.

HERE maps was one of the businesses that Nokia chose to retain even after they sold off most of their mobile business to Microsoft. They retooled it into a mapping app to challenge market leaders Google Maps (widely used but still lacking in some parts) and Apple’s built-in maps (which has received its fair share of criticism and ridicule. Nokia didn’t want to be beholden to just one platform, so they partnered first with Samsung for its Tizen smartwatches and Galaxy devices and now they have finally released the beta version for the rest of the Android smartphones.

All Android devices running on 4.1 Jelly Bean or higher are compatible for the HERE app, but they do recommend that the smartphone have 1GB of RAM or more to be able to maximize the offline features of the app. Unlike other mapping apps, it doesn’t require you to have an Internet connection to be able to look at your maps but instead uses your phone’s GPS. The maps of areas you always go to or need to go to are stored on the device. Developers are working on several issues pointed out, including the fact that cache cleaner apps tend to erase navigation voices.

The app is not yet available on the Google Play Store but instead can be manually downloaded from http://here.com/beta/android. They’re still trying to work on several bug fixes and aforementioned issues and so the beta version will still not work perfectly as of this time. And since it’s still side-loaded, it doesn’t automatically update if there’s a newer version available and you need to manually update it as well. But if you wanna explore the HERE mapping app already, go ahead and download it from the site and follow the instructions.