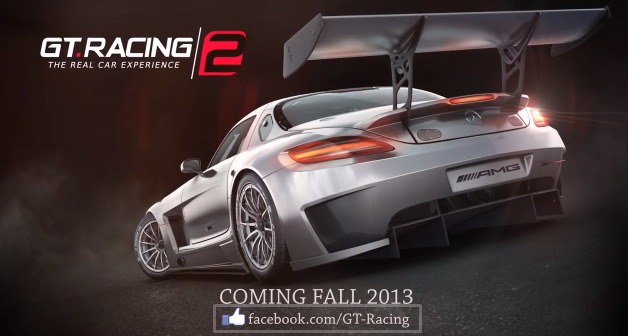 For those of you who love a high speed and realistic racing experience, Gameloft has just announced the second release to their highly popular racing simulator for Android. Following the success of GT Racing, today we’re learning details about the stunning looking new GT Racing 2: The Real Car Experience, and they’ve dropped a neat video showing it off too.

In partnership with Gameloft Sofia and Mercedes-Benz, GT Racing 2 will be the best and most realistic race simulator for mobile devices. Realistic and accurate racing with intense rides in over 67 beautiful cars from 35 different manufacturers.

You’ll be racing for pole position in tons of licensed Mercedes-Benz supercars, and racing on a slew of real world tracks, although they didn’t name any during the announcement. There’s a full single player mode, as well as a deadly competitive multiplayer campaign they’ll also kick off with GTR2. Here’s a sneak peak.

GT Racing 2: The Real Car Experience will arrive on Android and iOS later this year. Gameloft promises a release sometime this fall, and it will be absolutely free to download. What this does mean, is it will be a freemium title. One thing we do know though, is those graphics look extremely impressive and I’ll gladly take a few in-app purchases to race some of these cars for free.