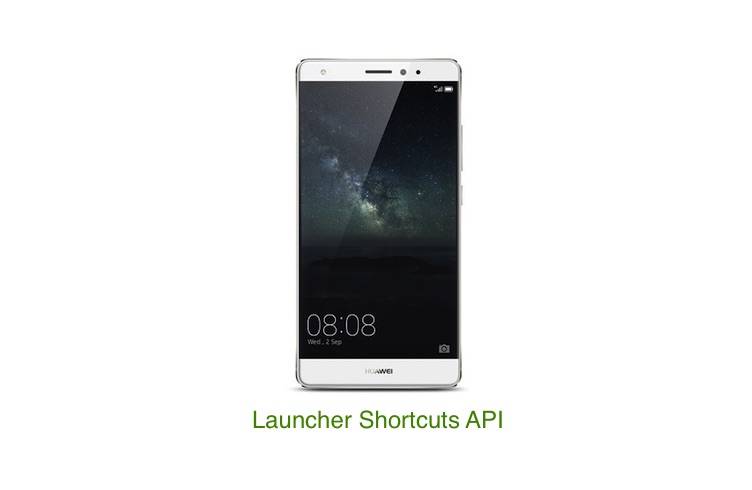 If you’re running the Android N Developer Preview, note that there will be numerous changes especially after the Google I/O 2016 Conference is over. Since the opening of the tech event, we’ve been hearing new stuff coming to the next Android platform including multi-window, auto-update, better Doze mode, and a new API for accessibility services among others. The new Android N Developer Preview 3 was announced on opening day and now we’ve got some more details.–good news and bad news.

On the ‘Launcher Shortcuts and Launcher Shortcuts API’ section of what’s new on the Android N DP3, the developers said that they are deferring the feature to a future release of Android. Unfortunately, the Launcher Shortcuts APIs will be removed from the Android N API public version for an unknown reason. There’s no explanation whatsoever but this means support for the touch-sensitive display will be delayed. This also means that Android won’t be revealing any possible Apple 3D Touch rival–maybe not yet in Android N or maybe in the next version.

Such feature is something we’ve been waiting for since it was announced. However, Google decided to delay support for the pressure-sensitive touch feature. No more 3D Touch-like feature for Android yet. Perhaps the Android devs need more time for research and development. The third preview release will no longer have the Launcher Shortcuts APIs.

We’re not certain if the pressure-sensitive touch feature will be available as part of an update or if it will be part of the Android O. We’re hoping this year so the Google developers will have a headstart in 3D touch support. It’s a new feature but Google has yet to take advantage of the technology that’s already available in phones with pressure-sensitive display like the ZTE Axon Mini (Force Touch) and Huawei Mate S.

Let’s see if, when, and how this 3D touch-pressure-sensitive technology progresses in the next few months. We’ll be waiting.