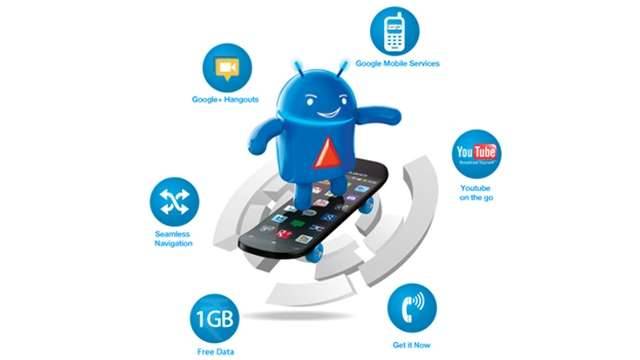 Smartphones are great. Smartphone data plans? Not so great, especially in parts of the world where the mobile infrastructure is somewhat lacking. But it looks like Google’s doing something about that in India: they’re partnering with Reliance Communications to give free mobile data access with the purchase of a new Android phone or tablet. The good news is that anyone who buys a new phone from any Android manufacturer will be eligible. The bad news is that it’s just one non-recurring gigabyte on the 3G network.

Now 1GB will last longer than many of us think, especially for new smartphone owners. But the goal for Google and Reliance is not to be charitable, it’s to get Indian users excited about Android. Reliance’s 13 3G zones will be participating, including Delhi, West Bengal, Mumbai, Himachal Pradesh, Kolkata, Bihar, Orissa, Rajasthan, Assam, Madhya Pradesh, Jammu and Kashmir. There will also be a considerable marketing push from the two companies on Indian television and major web sites.

According to an earlier report from Convergence Catalyst, Android is set to double its market share in India this year. The subcontinent is one of the only major territories where Nokia has hung on to its share of the smartphone market, winning 46.6% last year to Android’s 28.2%. (If you’re wondering, iOS had 2.4% of India, BlackBerry had 13.3%, and Samsung’s proprietary Bada OS had a surprisingly strong 8.3%.)  If Google wants to jump-start Android, free cellular data seems like a good way to do it.