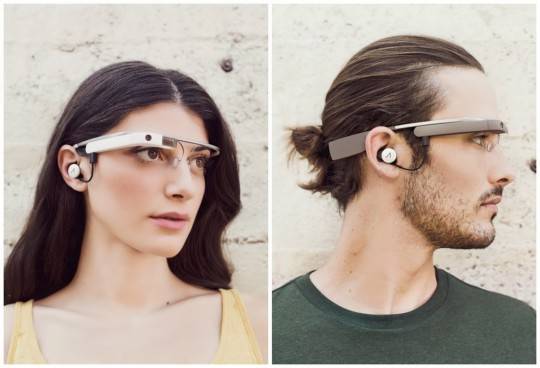 Google now seems to be shifting gears towards preparing a more consumer-friendly version of its Google Glass eyewear in preparation for an expected public release next year. Not only did the company announce an updated version of hardware, we’re now also seeing evidence of a couple of fancy accessories being prepared for the device.

A few days ago, we got news that Google is preparing some changes to its Glass Explorer program in preparation of rolling out a new version of the Glass hardware with still unknown updated specs. Then yesterday we got a glimpse of what the new hardware may look like, which included the presence of a single-ear earbud. We originally presumed that it would be part of the Glass itself, but now it turns out that it is merely one of a set of accessories intended for the device.

The mono earbud attach to Glass via a microUSB port on the right side of the eyewear for better quality audio. The earbud comes with four interchangeable caps in black, blue, red, and gray colors. There is also, of course, a charger accessory which comes with a USB cable that connects to the same microUSB port as well as a wall charger. There are also a few interchangeable shades and clear protective shields available for Glass, made in partnership with Maui Jim and Zeal Optics. There is also a handy Japanese micro-fiber travel pouch available that’s made of recycled materials.