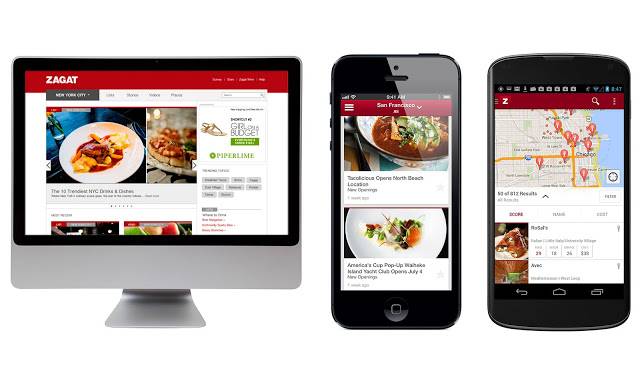 An updated Zagat app has landed in the Google Play Store today. This Android app update came alongside an updated Zagat website and with another, perhaps more important change. The Zagat reviews and a ratings are now available for free and with requirement to register. As Google pointed out, that last bit marks a first.

Basically, the Google+ sign-in is no longer necessary. Aside from no longer needing to sign-in, the new Zagat brings improvements to search and map-based browsing as well as news and video from the “expert” local editors. The Zagat Android app has also gotten a brand new look along restaurant menus.

The app now also new new articles and videos as well as lists that according to Google, should “help you plan your weekend.” The key here is that Zagat is only useful to a select group of cities at this time. At present that group includes nine locations worldwide; Austin, Boston, Chicago, London, Los Angeles, New York City, Philadelphia, San Francisco and Washington DC.

On the bright side, Google has also announced plans for expansion. There weren’t any specifics in terms of where just yet, however Google has said they plan to bring that number to 50 locations in the “coming months.” Google has also mentioned that in addition to covering restaurants and nightlife, the expansion will bring coverage for shopping, hotels and other places of interest.