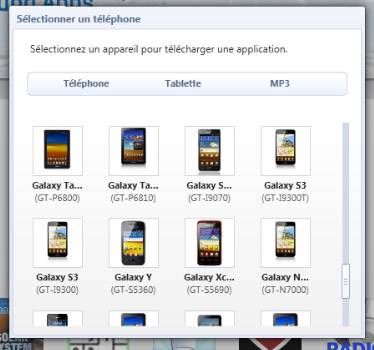 If you’re an Android modder and you’ve had even a fleeting relationship with Samsung hardware, odds are pretty good that you’ve run across Kies, the company’s desktop syncing and software flashing app. Kies keeps a database of all current Samsung Android devices, and you’ll never guess what’s just popped into it. Or maybe you will, since leaks seem to falling from the sky on this one: the Galaxy S III. Or more appropriately, the Galaxy S3, since that’s what the phone is labelled in the application.

It’s also got the model number GT-I9300, which we had previously seen and dismissed. The “S3” instead of “S III” moniker is interesting, too – Samsung used the same label for search engine optimization in its Unpacked Event app description on the Google Play Store.  The label has since disappeared. Not particularly important, but it’s an interesting diversion from the established branding – after all, the Galaxy Tab 2 series gets a number instead of a numeral. There’s also the GT-I9300T, which is likely a model for a different market or radio style (CDMA, LTE or GSM).

There’s a thumbnail too, and while it’s technically the first official shot we’ve seen of the Galaxy S III, it’s just big enough to show a different wallpaper and a Galaxy Note-style 5-column desktop. The only thing that we can say definitively is that it’s smartphone-shaped. At least we won’t have to wait too long for the rest: the Galaxy S III (or 3) event is May 3rd in London. To tide yourself over, why not check out the latest benchmarks and specs?