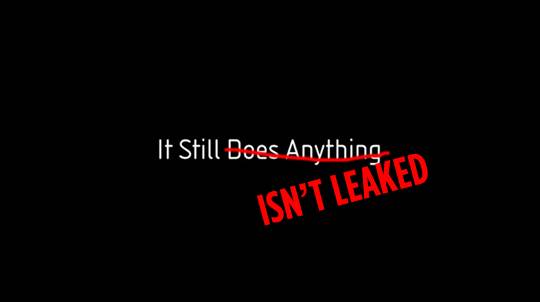 So this morning we’ve been handed a tip that notes OLEDinfo having a leaked video and specs on the Samsung Galaxy Tab 2. Of course we ran on over with our shoes untied because that’s the sort of thing we’d love to post. We watched the video and checked out the specs – and we call shenanigans. Feel free to check out the video below (which has been posted to a YouTube account started yesterday, mind you, with spam below pushing the video as “LEAKED!!!” – really, guys? Really?

There’s nothing flying around, there’s no people having an awesome time shooting photos, there’s no awesomeness at all in this video – all that we could forgive if it wasn’t for the fact that the type is terrible, the music is totally unprofessional, and there’s a weird white block popping up before the “Samsung Galaxy Tab 2” logo at the end. Could the images and the logo be real? Maybe. Is the video real? No way.

Here’s the specs they’ve got listed as well, take them as you will:

Anything in there seem reasonable to you? Lots of things could very well be true. I’m definitely liking the idea that there are several color choices, but this hasn’t been a popular sort of thing to offer on many devices of late. 3D display? No. Android 2.3? Probably not, looking more like a 3.0 Honeycomb release for name-brand Android tablets like this one from Mobile World Congress forward. How about the rest?