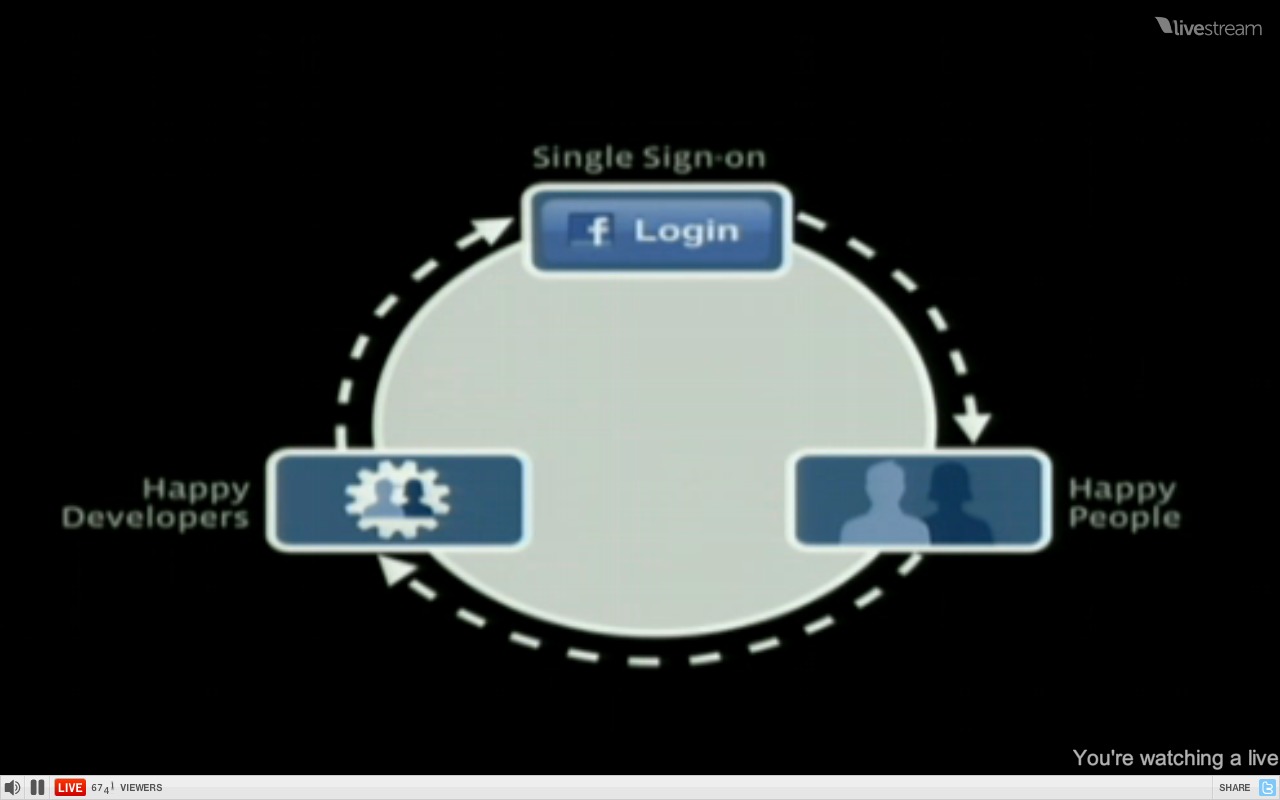 We all hate logging on, especially on mobile devices. The Facebook team as acknowledged this issue and today announced a new service, “Single Sign On.” While the idea isn’t anything new, the Facebook integration on top of the ease for developers to add it to their applications or sites is a much welcome change as Facebook begins it’s way to web domination.

Facebook is going to make their login process available to developers. With just a simple tap of “Login to Facebook” users can be connected to many applications or websites without giving their information to the new application or going through a lengthy sign up process.

One example that was provided at the event was Groupon. With just an added 3 lines of code, the developers were able to include Single Sign On into their application.