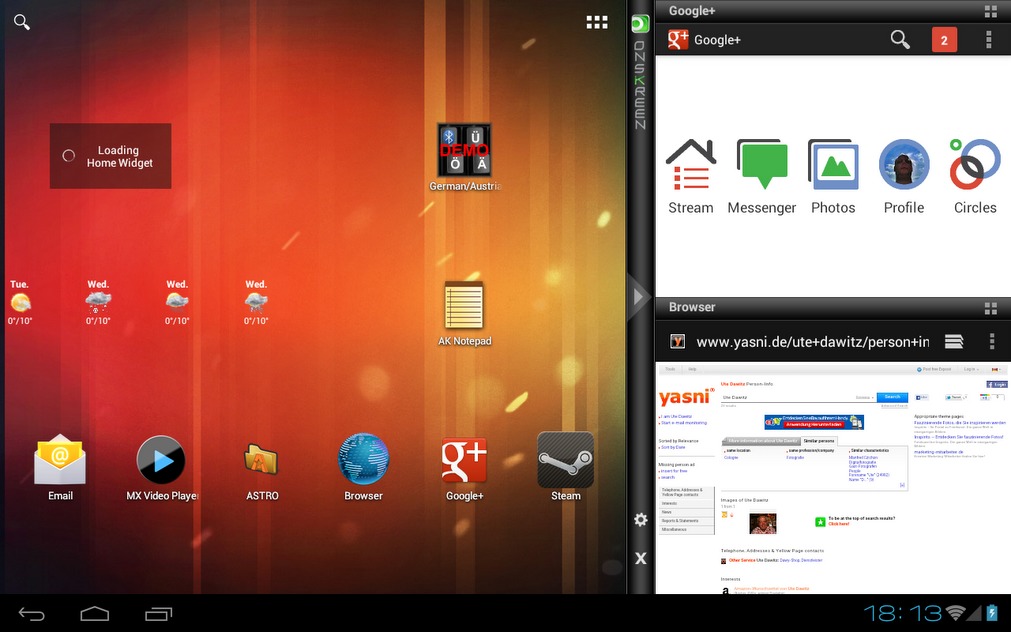 Android’s always been pretty handy with multitasking, but if CyanogenMod is your custom ROM of choice, it may soon be getting even better. The CyanogenMod team stated on a Google+ post that they’re investigating the possibility of including Onskreen’s Cornerstone software in their final CM9 build, based on Ice Cream Sandwich. The sudden addition is due to Cornerstone’s recent move to the world of open source, allowing modders like the CM team to include it in their ROMs for free. “We will probably include this into CM9. it needs some polish, but the concept is just great,” said an official update.

If you haven’t seen our previous posts on Cornerstone, here’s the skinny: it’s a method for Android tablets to display multiple apps on screen at the same time. The software sits in a secondary action bar on the right, and loads up one or two apps in addition to your active app, utilizing a combination of tablet screen real estate and smartphone formatting to create a pretty seamless multitasking experience. Cornerstone is not an app, and needs to be “baked in” to a ROM or OEM software update in order to function properly.

This is far from a sure thing – in an update, the CyanogenMod team noted that they’d only include Cornerstone if it worked well within Android and CyanogenMod itself. “If it is done, it needs to be done right and not break apps all over the market or be a nightmare to upkeep down the line.” Still, it’s yet another example of custom ROMs adding functionality that just doesn’t exist in either “pure” or OEM Android. At least a few lesser-known ROMs have already taken the plunge and begun integrating Cornerstone. As an alternative, check out WebOS favorite Glimpse, coming soon to an Android tablet near you.