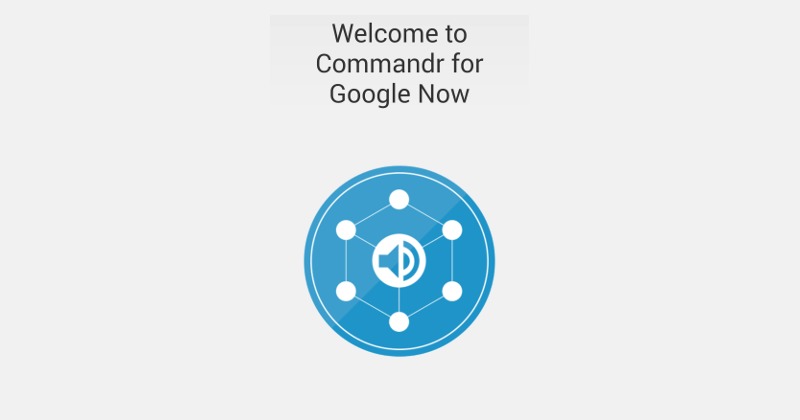 Commndr for Google Now was a very welcome addition for users who wanted even more functionality for Google’s personal assistant program for mobile devices. But the “note to self’ prompt before every command was something some people found three syllables too many. The latest update to the app has now removed that prompt and you can go directly to what you want your phone to do without you actually touching it.

The 2.0 update to Commndr has found a work around once again to make Google Now work for you even more. So now instead of saying “Note to self turn on flashlight,” you can go directly to commanding your phone to turn on its flashlight, provided it has one. The developers used an accessibility service to be able to do this but they have also kept the “note to self” option in case some users still wanted to maintain this because of too many permissions needed. However, using the non-“note to self” option may sometimes conflict with Google Now’s default accessibility settings, like voice feedback, screen reader, voice control and others.

Some other new things in the 2.0 update of Commndr includes the fact that you don’t have to wait anymore for the note to save. The commands happen almost immediately after you say it. Another major thing is that finally, all the commands in the app can now be used offline, including the note function that was only previously functional when the user is online.

You can download the latest version of Commndr for Google Now at the Google Play Store for free. There is no need to root it to your smartphone, just add commands to Google Now once you’ve installed it.