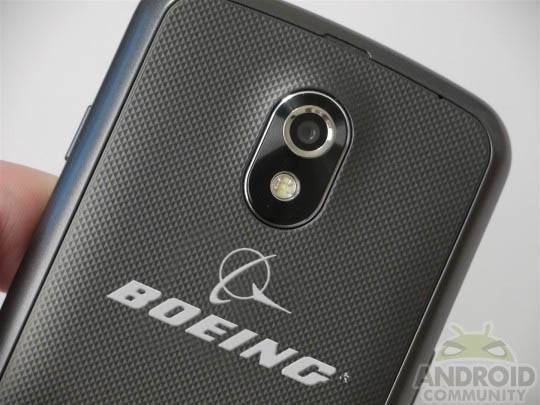 Boeing is a company usually associated with gigantic flying people-movers and/or awesome weaponry. But they’re also a people company – which is why they’re creating phones with a robot theme. The US government has contracted Boeing to create custom Android smartphones for government and military use. National Defense Magazine reports that “The Boeing Phone” will be based off of open-source Android code and is apparently near the end of its development cycle, with a planned release later this year.

If this seems like a strange place for Boeing to go, it shouldn’t. While corporate and military airplanes are their most visible product, Boeing provides solutions for anyone who needs them – and is willing to pay for some of the best custom engineering in the world. The company has provided military-grade communications equipment before, and there’s plenty of wireless know-how that goes into the communication and sensor arrays for airliners, fighters and bombers.

Naturally Boeing isn’t showing off the phone just yet, but it’s safe to assume that you won’t be able to pick it up at Wal-Mart. Some intense security measures, including encryption, biometric access and physical locks can be expected. Users probably won’t be able to peruse the Google Play Store, either – since Boeing’s been developing it for a while, the hardware is probably using Android 2.3 Gingerbread and I’d be very surprised if it was Google-certified. But some of those three-letter organization guys are pretty smart – they’ll have Draw Something running on it in no time. Of course, they could always go with that ultra-secure Android fork that the NSA has lying around…