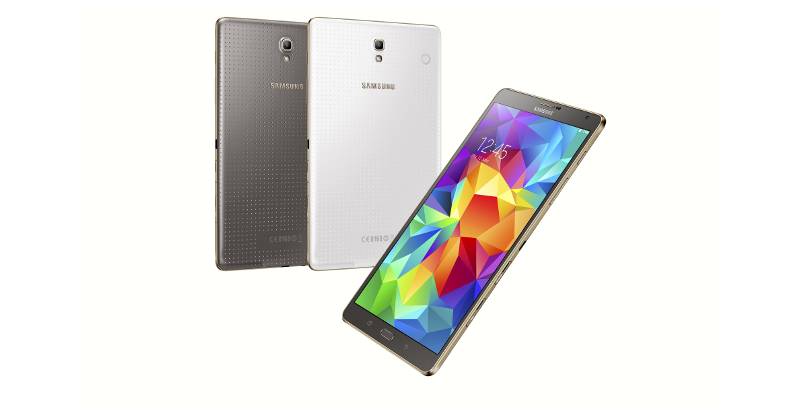 It feels that Samsung unveiled the slim Galaxy Tab S so long ago that this news almost came as a surprise. That said, most of the models floating around sport WiFi-only connectivity. AT&T will soon be giving LTE users a chance to buy either a 10.5-inch or an 8.4-inch Galaxy Tab S with pre-orders starting today.

Announced in June, the Galaxy Tab S remains Samsung’s current high-profile tablet, sporting its cream of the crop hardware, with the exception of a stylus commonly reserved for its Note line. The Galaxy Tab S’s call to fame is a very slim profile, then claimed to be the thinnest Android tablet at only 6.6 mm. Since then, however, there have been quite a few contenders to the throne, including the Xperia Z3 Tablet Compact with its 6.4 mm profile and the surprising Dell Venue 8 7000 at only 6.0 mm thick, or rather thin.

Of course, that isn’t the only thing going for the Galaxy Tab S line. Naturally, Samsung is raving about its Super AMOLED display, which was the tune it has been singing since the Galaxy S5. That means blacker blacks, more faithful color reproduction, a wider range of supported colors, and power efficiency. There’s also the rather beefy Exynos 5 Octa processor paired with a 3 GB RAM. On the software side of things, you get multiple user accounts, perfect for family usage, and fingerprint-based security, probably the first in a consumer tablet.

All these, plus 4G LTE support, will soon be available to AT&T subscribers, both present and future. The 10.5-inch model will come in Charcoal Gray and will sell for $31.50 per month for 20 months, $529 on a two-year contract, and $629 without. The smaller 8.4-inch model, also in Charcoal Gray, carries a price tag of $26.50/month for 20 months, $429 on a two-year contract, and $529 at full price. AT&T will start shipping on September 23. Those who put in an order today and until supplies last, will be able to get a 50 percent discount on the purchase of a Galaxy Tab S keyboard accessory.