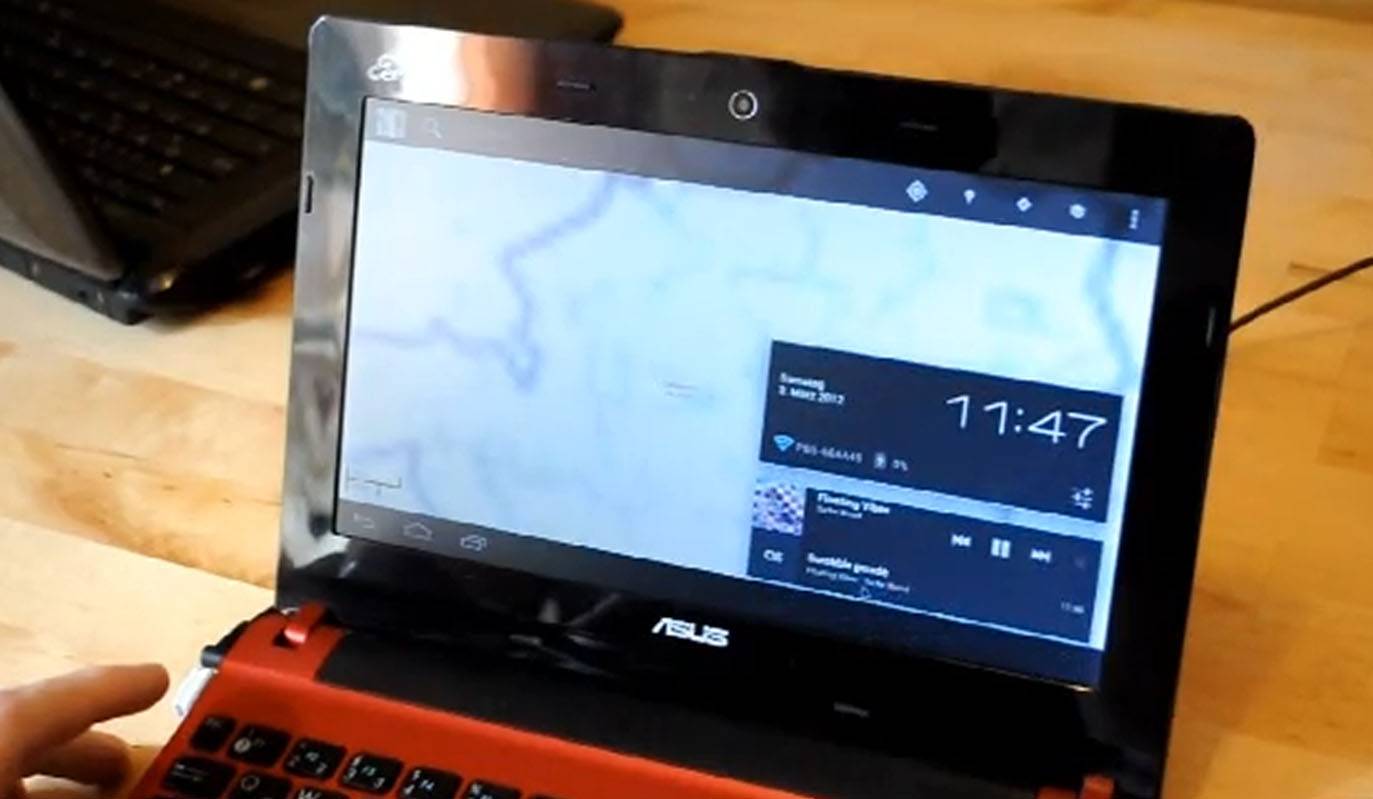 Around Android circles Asus is known for its Transformer series of tablets. But in the computer world, one of their most notable accomplishments of recent years is the Eee PC line, which basically invented the netbook segment and (formerly) lent its name to everything from all-in-one computers to tablets. Appropriately, the PC machines are now capable of running Android 4.0, or at least the Eee PC X101 is. The capability comes from the Android x86 project, which allows the open-source OS to run on hardware designed for desktop operating systems. The X101 is designed to run Intel and Nokia’s Meego operating system, but is capable of  running pretty much any x86-based OS.

This build is a long way from official – it’s not endorsed by Google or Asus, though the latter has extensive experience in making Android behave for a laptop form factor. Based on the video posted by Asus Campus Life, it’s also a little sluggish. Touching and dragging are emulated by the standard mouse buttons and touchpad on the laptop, with a few user interface tweaks added to the home screen for easier manipulation. The 10-inch screen is, interestingly, far less dense than most tablets (including both current Transformers) at 1024×600. WiFi and the input devices seem to be working well enough, including the volume buttons and the Escape key subbing for Android’s Back button.

There’s very little utility in running Android on a laptop that already has Windows, but it’s got a definite edge over MeeGo in the apps department. It’s possible that the more powerful hardware may be able to last longer on a battery charge running Android, but it’s a lot of trouble to go to for that. Still, if you’re hankering for a free OS, beggars can’t be choosers. Android 4.0 x86 is only demonstrated on the Asus Eee PC X101, but similar models (most of which share chipsets or graphics) should be able to use the same ISO image. Happy flashing!