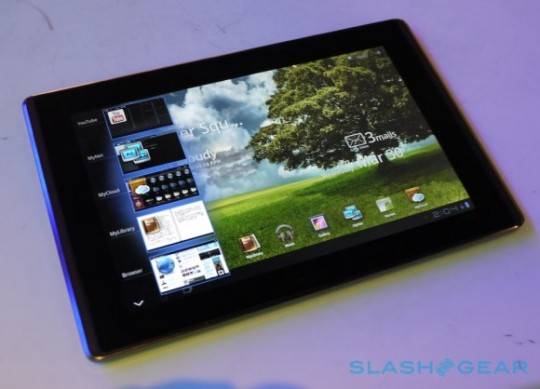 Overclocking can be quite the gratifying experience, and overclocking dual-core tablets can make benchmarks cry. With the Motorola Xoom overclocked to 1.5 GHz last week, the rest of its Honeycomb brethren were sure to follow. Now a kernel is all ready for the ASUS Eee Pad Transformer to overclock, courtesy of XDA user netarchy. It isn’t proven to be completely stable yet, but initial reports sound promising.

As with all overclocking, there is a possibility of worsened battery life and some instability. Early adopters seem to be pleased with the results though. There have been some issues reported, among them some unreliable performance out of the left speaker. When people overclock though, they’re usually ok with these little bugs, sacrificing perfect stability for what anyone reading this article really wants to know.

When the Transformer’s Tegra 2 cousin, the Motorola Xoom, first reached 1.5 GHz, it was reaching 4500 in Quadrant. Well despite being only 1.4 GHz, one user has reported getting Quadrant scores as high as 4900. Naturally this is unconfirmed, and as always benchmarks are far from the be all end all of real-world performance. If you were feeling slighted that your Transformer wasn’t as unhumanly fast as the Xoom, and want that extra horsepower to squeeze all you can out of Dungeon Defenders (or Angry Birds…) give it a try and while you’re at it post your benchmarks in the comments below.

[Once again overclocking can be unstable, and if you aren’t sure of any part of the process, or unwilling to sacrifice stability either learn first or don’t try. Also, as many a wise man has said “Always back-up first!”]