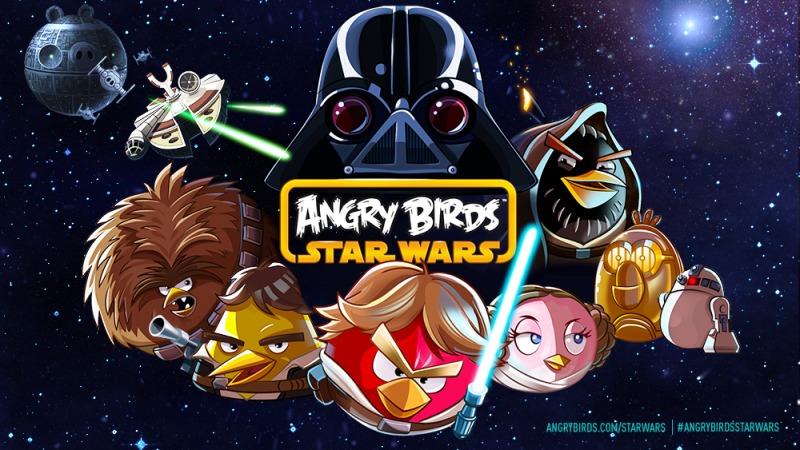 Rovio seems to have the Midas touch when it comes to mobile games. They are at it again, and this time they are teaming up Lucasfilm for their next game. On November 8th, Rovio announced that it will release Angry Birds Star Wars to almost every mobile platform, including our beloved Android devices.

According to Rovio, this game will feature gameplay similar to Angry Birds and Angry Birds Space, but with a Star Wars theme. Rovio believes that this is the best Angry Birds game they have ever made. In a line that someone had to say, Peter Vesterbacka, CMO of Rovio said, “The force is definitely strong with this one.” Cheesy, but necessary.

“People seem to instinctively know what to do when handed a lightsaber or a bird in a slingshot, so this is a natural combination,” said Colum Slevin, Vice President and Head of Studio Operations for Lucasfilm. I did not know it was encoded in our DNA to shoot birds out of slingshots, but apparently that is the case.

Joking aside, this game is going to sell like crazy. It seems like everything Rovio makes is an instant success, and we expect this to be no exception. Of course, Rovio has also revealed that there will plenty of other merchandise to go along with the game, so if you are looking for a Luke Skywalker Angry Bird plush toy, they will be available soon enough.