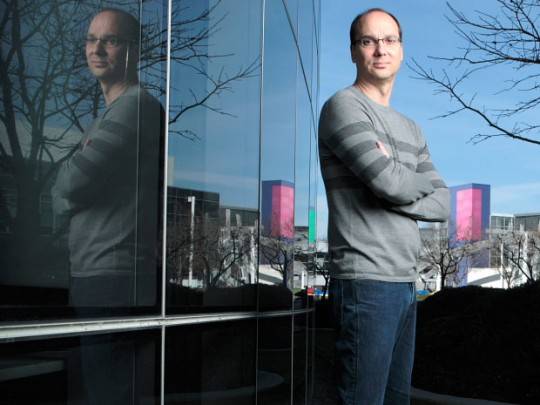 This afternoon Google‘s own Larry Page informed the world of the shocking news that Andy Rubin was stepping down as head of the Android team, and now Andy has shared a few comments himself. In an email to partners and the Open Handset Alliance Rubin talks about his departure, and that he’s an “entrepreneur at heart” among other things. Read on for more details.

The entire event is a little bittersweet. We know Android has a huge future ahead of it, and the team is extremely capable of keeping things going. At the same time Andy Rubin was essentially the one that helped start it all and bring Android into our pockets and lives. Without Andy none of it would probably exist. While Google hasn’t made Andy’s new role public just yet, his open letter to partners was worth a quick read.

The quick letter from Larry Page this morning didn’t provide too many details, and neither does this email from Andy. We’re still left without closure, but rest assured Android is in very capable hands and will continue onward. Andy talks again about the success of Android reaching 750 million device activations, and shares details about the mean and lean team that released Android Jelly Bean to great success.

“Today, the success of Android combined with the strength of our management team, gives me the confidence to step away from Android and hand over the reins.” – Andy Rubin

He goes on to mention that a thousand brains are better than one, and he is proud of how the Android ecosystem and team at Google has grown. In closing Andy states “I am an entrepreneur at heart and now is the right time for me to start a new chapter within Google.” We still don’t know exactly what that new chapter will be, but have a feeling we’ll be learning more soon.

Thanks for everything Andy, we wish you luck!