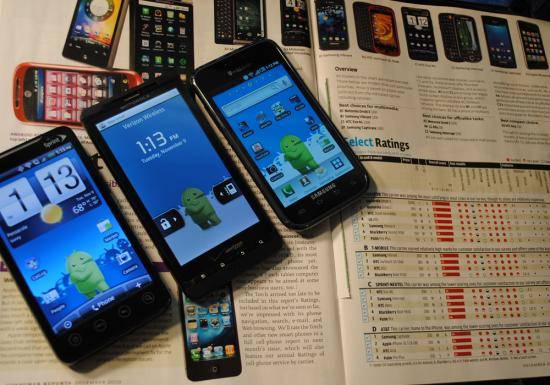 We all love Android for it’s openness and cross device goodness. But an operating system is only as good as the phone it’s running on- right? We’ll, if so, we are in luck. Android has dominated the Consumer Reports charts yet again.

After being ranked by carrier, Android devices top all 4 of the major carriers in the US- usually taking the top 3-4 spots.

The break down is as follows:

Interestingly Android takes up at least the top three on all US carriers except AT&T who has the iPhone 3G as the #2 device. This is mainly because of their spat with the iPhone 4 and their persistence to not recommend it.

But Apple drama aside, our favorite operating system is sure on it’s way to market domination!