Today some interesting rumors have started making the rounds regarding the next version of Android. Google I/O came and went without an announcement of a new and improved OS, and that rumored June 10th Android 4.3 Jelly Bean reveal never happened. So now we’re all left wondering what is next, and when. While we still expect Android 4.3 Jelly Bean to arrive soon, new sources claim Android 5.0 KLP will debut in early October.

Apparently some new “exciting insider info” has been revealed to VR-Zone that confirms the next version of Android has been scheduled for October, and it will have tons of optimizations across the board. Just like Android 4.1 Jelly Bean had project butter to smooth the OS, Key Lime Pie will heavily optimize the OS to run better on devices of all shapes, sizes, and specs.

Of course Android already does this extremely well, but according to the leakster Android 5.0 Key Lime Pie (with all the smooth animations and more) will run beautifully on devices even with single-core processors and a lowly 512MB of RAM.

This will essentially mean no manufacturers can deny updates because the hardware can’t handle it. No, this doesn’t mean your HTC Thunderbolt will get Key Lime Pie. Sorry guys. It does mean Google is focusing on the optimization side like never before, and wants an extremely smooth and optimal experience on devices top-to-bottom on the hardware spectrum. 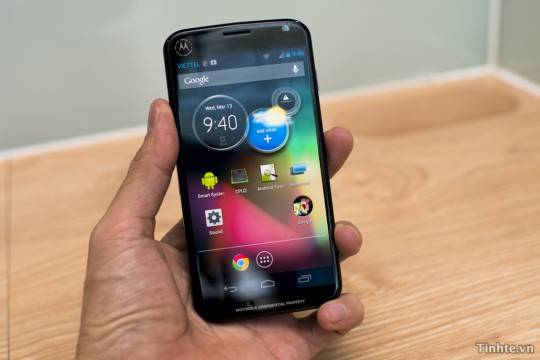 In November of 2011 we got a new version of Android and the Samsung Galaxy Nexus, then in October 2012 we received Android 4.2 Jelly Bean and the LG Nexus 4. This report goes on to state we’ll see Android 5.0 Key Lime Pie in October along with either a new Nexus 5, or the Moto X phone we’ve been waiting for. If Motorola doesn’t release the X-Phone until October, I’m seriously worried they’ll be too late in 2013. Since they’ve released zero new devices this year.

This rumor is just that, a rumor, and could be coming from anyone considering an October release date makes total sense. It doesn’t take a genius to guess that will likely be Google’s plan. The interesting part is the optimization details, as well as VR-Zone’s leakster mentioning the Nexus 5. We’re hopeful to see the Moto X before the end of the summer, and will be looking out for more details. Motorola’s been quiet lately and it’s time for them to make some noise.