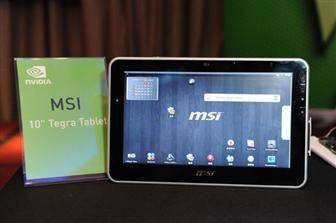 Google has been coy on when exactly Android Honeycomb – the tablet-customized version of the open-source OS – will be launched, but Taipei sources may have scooped their announcement. According to DigiTimes, MSI is preparing to sell a Tegra 2 based tablet in April or May “after Google releases Android 3.0 in March.”

Now, DigiTimes has a patchy track record for accuracy, and we’re not sure if Honeycomb is going to be Android 2.4 or Android 3.0 – since Google is yet to confirm version numbers – but it certainly fits in with some previous rumors that suggested a broader February/March release window.