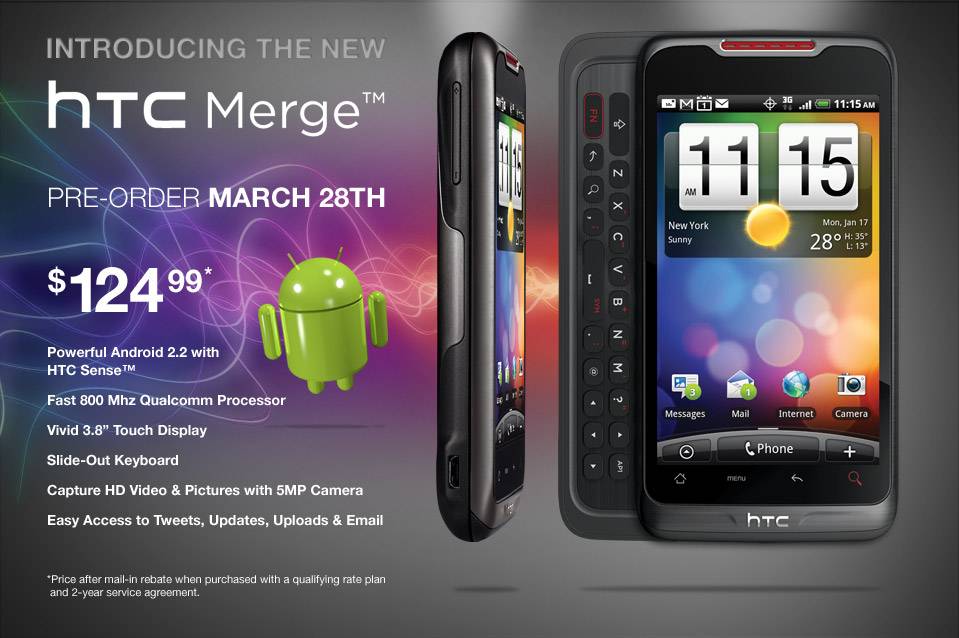 Alltel has announced a pre-order date for the HTC Merge, the carrier’s latest QWERTY Android slider. Pre-orders will be taken as of March 28, with the smartphone priced at $124.99 with a new, two-year agreement.

That gets you an Android 2.2 phone with HTC Sense running an 800MHz Qualcomm processor. There’s also a 5-megapixel camera, 3.8-inch touchscreen and 720p HD video recording. We’ve already seen the Merge bearing Verizon branding but HTC did promise that the handset would come to more than one US carrier.

The Merge is also a world-phone, which means it has both CDMA and GSM radios and as such can be used on networks in North America and abroad. No word on when it will actually begin shipping, however.