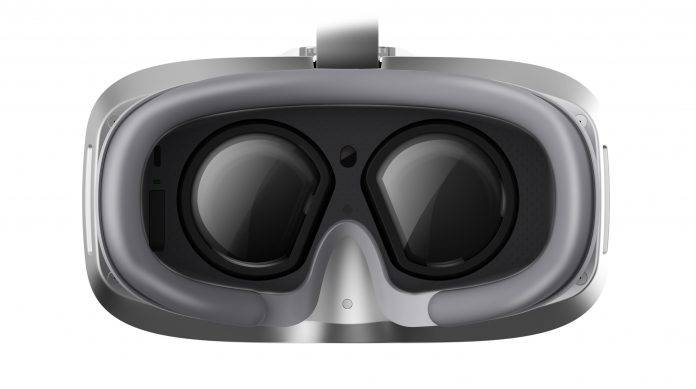 Alcatel has been pretty busy these past few months, and they have proven it by unveiling several new products at the ongoing IFA 2016 in Berlin. Shine Light is their new smartphone that gives users a premium look with its glass and metal design, but its pricing is also pretty competitive to appeal to a younger market. Meanwhile, the OEM adds more products to the virtual reality market with a whole new VR ecosystem with Vision, an all-in-one VR headset, and the Alcatel 360 camera, which you probably know what it is from the name itself.

Shine Light is a 5-inch device and is powered by a quad-core 1.3GHz processor. It has 2GB RAM and 16GB internal memory, plus a 13MP main camera and a 5MP front-facing one with dual flash so your selfies can remain pretty even under low lighting. Design-wise it has 2.5D Dragontail glass on both sides and has a stylish metal frame to give it a look that seems premium. It’s also equipped with a fingerprint scanner and comes in five colors – Pure White, Prime Black, Satin Gold, Gold Duo and Silver Duo. A price wasn’t specified, although they did say it will be under $200. 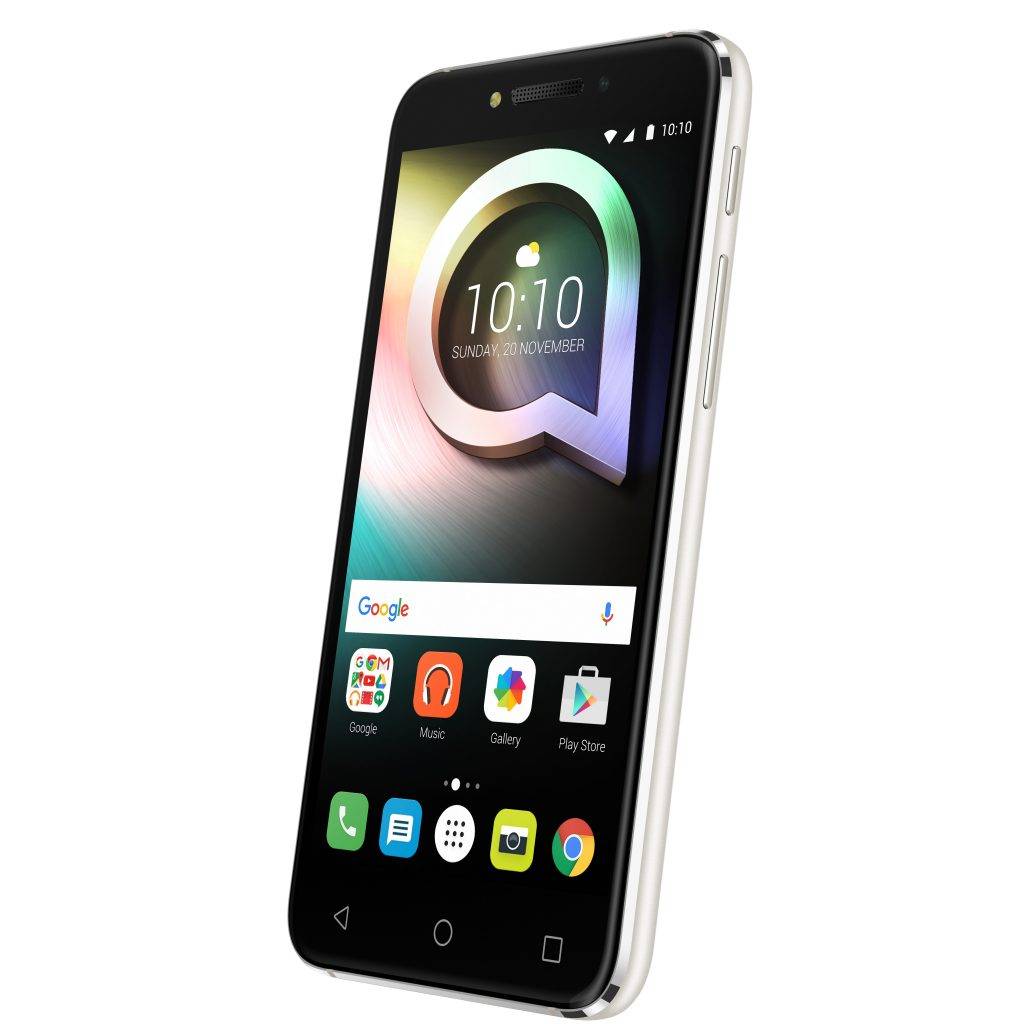 Vision is an all-in-one wireless mobile device that serves as your virtual reality headset, without having to be tethered to a smartphone. It gives you an IMAX-format movie experience with your 120-degree field of vision, which is actually the widest in its class. It also has the lowest latency in VR devices so far at 17 milliseconds. And for those wearing glasses in real life, Vision is able to adjust to myopia so you can leave your glasses or contacts off. No price available for now but they say it will come in two colors. 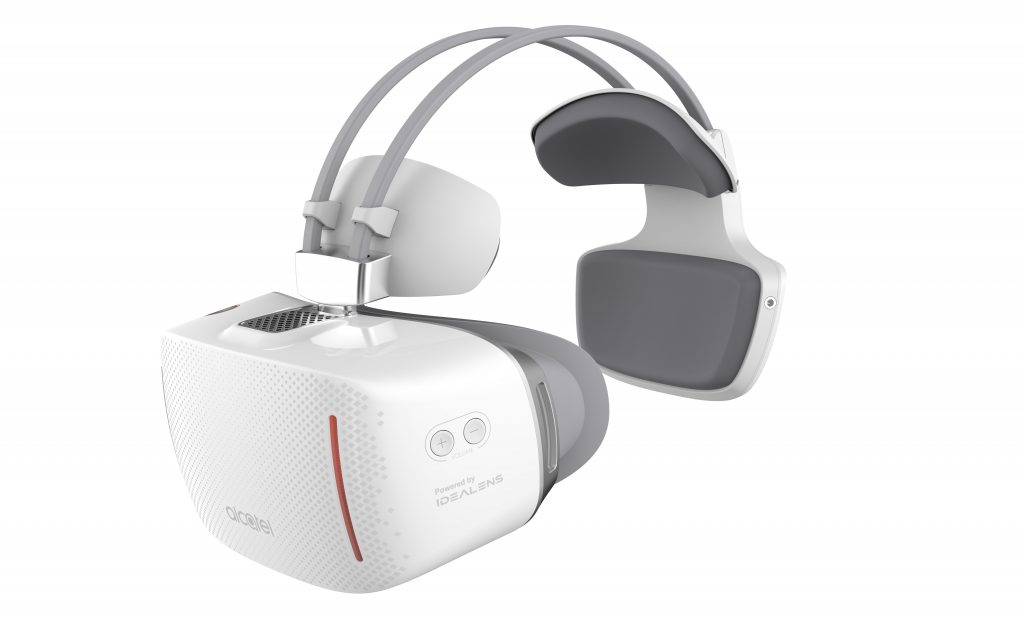 The Alcatel 360 camera allows you to create VR content that you can watch on devices like Vision. It’s tiny enough to fit in your pocket so you can bring it anywhere you want. The rectangular model is of course more compact while the ball-shaped design can maximize shooting in 360 degrees. They are both equipped with 210 degree fisheye lens and you can plug it in the microUSB port of any phone that has it. Alcatel also partnered with 360fly, ALLie Camera, Arashi Vision, and Primesmom so you can use their cameras on your Alcatel devices. 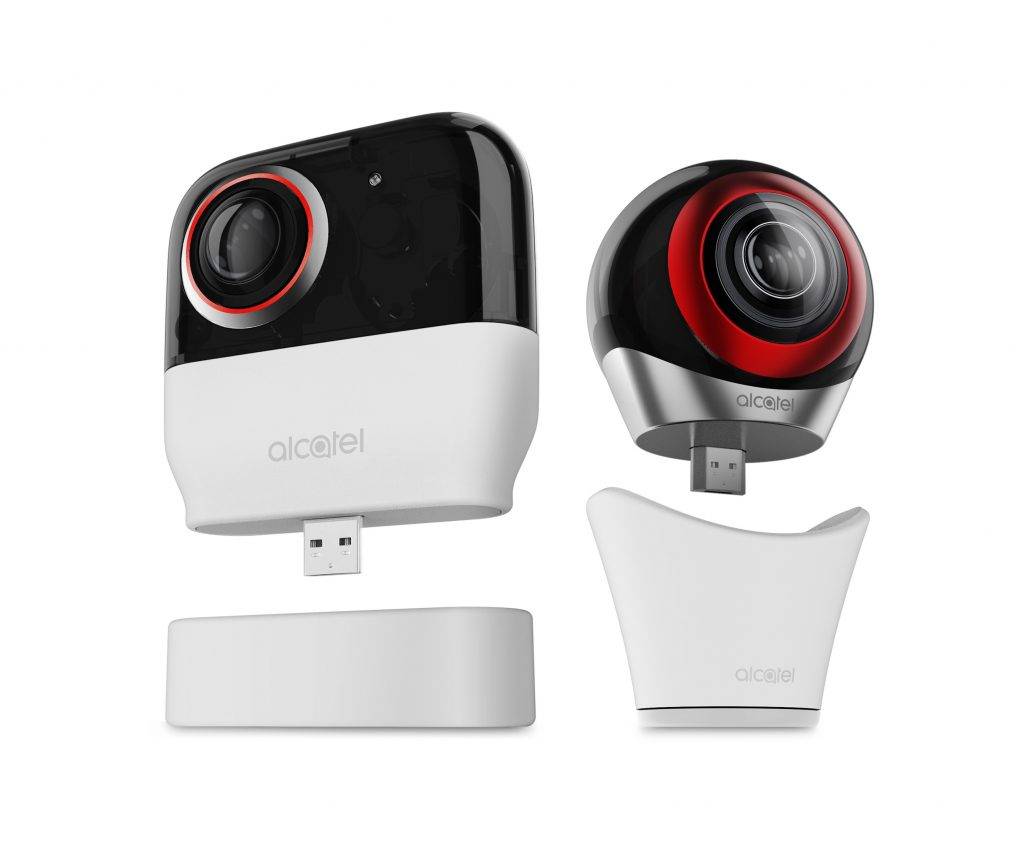