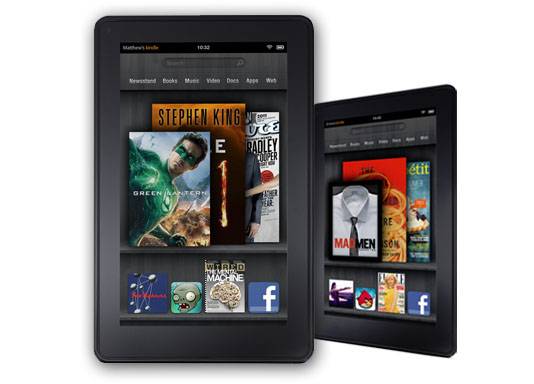 Amazon made a splash when announcing its new Kindle Fire tablet, but if you think the 7-inch slate is all that the company has got up its sleeve, I’ve got a bridge in Manhattan to sell you. Rumors persist of Amazon’s full-sized tablet aspirations, and according to at least one source, a 10-inch version of the Fire could be coming sooner than expected. DigiTimes says that Foxconn, one of the world’s largest OEMs and the primary manufacturer of Apple’s iPad, is preparing a 10-inch Amazon tablet for production and distribution before the end of the year.

The current Fire is set to release on November 15th on a modified version of the Blackberry Playbook hardware. While there’s nothing wrong with the platform (or its almost impulse-buy price of $199) insiders have speculated that it’s very much a 1.0 product, paving the way for more specialized hardware in the future. While releasing a new 7-inch tablet only a month or so after the first would be a foolhardy move, a larger tablet in a well-known form factor could be an excellent way to expand the Fire line quickly.

Take the rumors with a grain of salt. Even the most well-established hardware seller might balk at pushing out two major products in the same category so soon, and Amazon isn’t as interested in actual hardware sales (though they’re certainly getting them) as luring customers into its media ecosystem. All signs point to a full range of Kindle Fire tablets coming to market eventually, just like the quite robust range of e-ink Kindles now. And even if Amazon wants to get a larger slate out in time to shove it in a few stockings, the realities of production may not allow it.