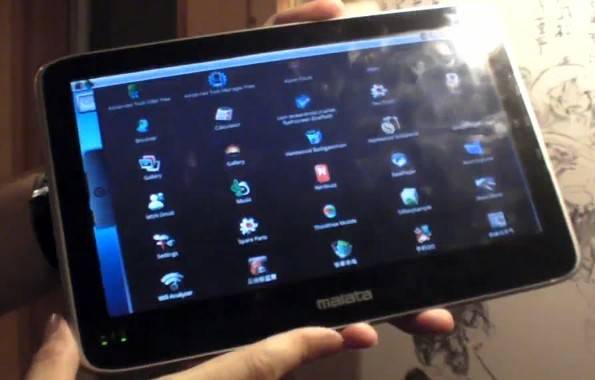 Yes, it’s that time of day again. It’s time for another Android tablet that we will not see in stores for quite some time. This is a pretty impressive piece of work though. When it does hit, I see a few people snagging this one up.  Malata has introduced a 10-inch tablet, it’s called the SMB-A1011.

This tablet features the Nvidia Tegra 2 chipset, and a 1 GHz ARM Cortex A9 processor. You will have the choice of either 512MB-1GB of ROM, 512MB-1GB of RAM and 2GB-32GB if internal storage. If you haven’t figured out by the options, there will be a few different versions for you to choose from.

There’s also a 3500mAh lithium polymer battery, Mini HDMI-out, 3.5mm headphone jack and a micro USB. Wi-Fi and Bluetooth also makes an appearance, it will run Android 2.1 as well (maybe). As usual, there’s no information on pricing or availability but at least this time we have a video to watch.